SCADA and Its Application in Electrical Power Systems 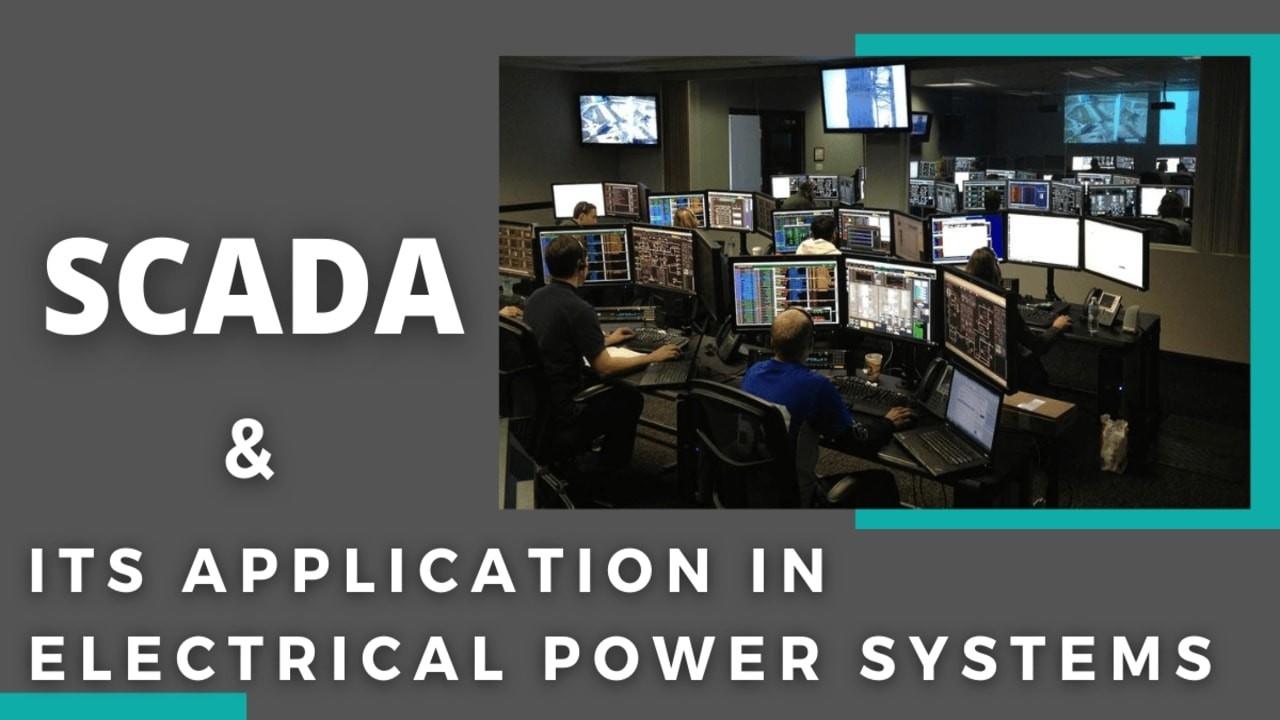 In today's digital world, we are looking for new opportunities to automate and accelerate our workflows and industrial processes. Since the invention of the computer and the internet, machines begin to integrate computing technologies within the system. This advancement in conventional systems started the new age of the industrial revolution. And like any other system, the power system is no exception.

Power systems have evolved according to the needs of investors, consumers, and operators over the past decades. Enterprise resource planning solutions has led power systems to automate. And so, power systems began to incorporate the SCADA system in the late twentieth century. Before we know what SCADA systems are, we need to consider the history first.

In the early years when electric power systems began developing, electricity generation plants were only associated with their respective local loads. If anything failed in the whole linearly connected system, which could include subsystems like generating plant, power lines, connections, then the lights would be out. Customers had not yet adapted to depend on electricity. Outages, whether routine or emergency, were taken as a matter of course. As reliance on electricity grew, so did the need to find ways to improve reliability.

Generating stations and power lines were interconnected to provide redundancy. As the system expanded and began to scale out in size, it became harder to manage. Solutions were needed to face the challenges of controlling equipment over long distances. To overcome this, operating personnel were often stationed at the important points in this grid system so that they could monitor and quickly respond to any problems that might arise due to any fault or failure. They would communicate with central electricity dispatchers, often employing telephone, to keep them informed about the condition of the system.

Many manufacturing floors, remote sites, and industrial plants relied on personnel to monitor equipment and manually control through mechanical push buttons and analog dials. As the demand for reliable electricity grew even more and as labor became a significant part of the cost of providing electricity, technologies such as SCADA were developed which allow remote monitoring and control of the system's key parameters.

SCADA stands for Supervisory Control And Data Acquisition. SCADA is a system of different hardware and software elements that come together to enable a plant or facility operator to supervise and control processes. 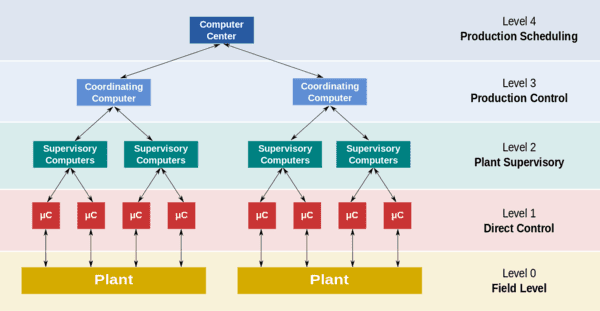 Supervisory control is a general term for a high-level of overall control of many individual controllers or multiple control loops. It gives the operations supervisor an overview of the plant process and permits integration of operation between low-level controllers.

Data acquisition is the process of sampling signals by measuring a physical property of the real world in the form of signals and converting it from analog waveform into digital numeric values so that it can be processed by computing machines. 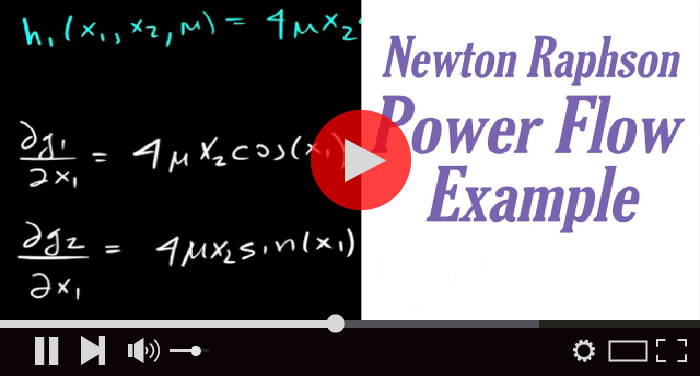 Some of the key features of the SCADA system are mentioned below.

Computers process the data and let personnel in charge to oversee and direct the status of the power system using the acquired data. Personnel in charge were often operators and engineers who monitor the information remotely or locally. Now, the master station is tasked to supervise most of the system.

Control in SCADA refers to sending command messages to a device to operate the Instrumentation and Controls system (I&C) and power-system devices. Conventionally, SCADA relies on human managers to initiate command from an operator console on the master computer. Field personnel can also control machines using front panels.

Instead of collecting data and filling datasheets by hand, SCADA automatically compiles information in real-time. SCADA gathers data from hundreds or even thousands of sensors at a given time. It also generates backlogs for later analysis.

SCADA delivers information to a central hub. A communication network transport all the data gathered from sensors. Earlier systems had radio or modem. Today, SCADA data is transferred over internet protocol (IP) and Ethernet.

SCADA interacts with human operators through work-station computers that deploy the human-machine interface (HMI). The master station presents a widespread view of the whole system and alerts the operator by visual display or alarm sound.

Components and its functions 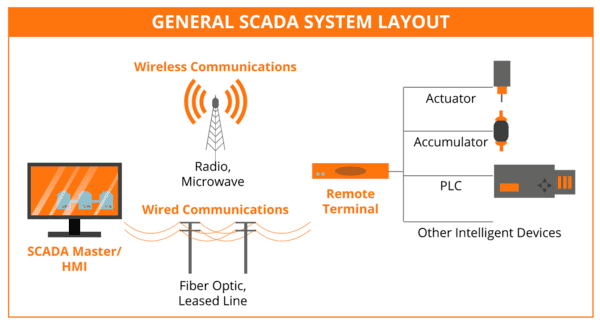 Field instruments are an array of transmitters, monitors, and sensors. Sensors are the transducers which detect changes in physical quantity. These sensors can be analog or digital, but ultimately their purpose is the same. Sensors help its users to measure and collect data from various locations. The more complex a system, the more sensors we may need in place.

Sensors are responsible for collecting data, but we also need something to be able to receive and interpret the data. This is where the conversion unit comes in. Conversion units are the computerized units deployed at a specific location in the field. These are connected to sensors. They convert the information they receive into digital format, which is then sent to the centralized system to display. The two most common types of conversion units used in a SCADA system are PLCs and RTUs. How do we determine which unit we need? that depends on what our specification is.

Programmable logic controllers are good for situations where we want more localized control. The programmable logic controller is an industrial digital computer designed for output arrangements and multiple inputs. PLC is used sometimes in place of other conversion units due to their versatility, flexibility, affordability, and configuration. However, one may need good programming skills to make the most out of it.

Remote terminal units are microprocessor-controlled electronic devices. Their objective is to interface a SCADA system with a sensor or whatever object the RTU is connected to. Normally, they transmit information through wireless communication. Therefore, they are considered good for functions covering a broad area geographically.

The above conversion units assist as local collection points for gathering information from sensors and delivering commands to control and protection relays.

SCADA system cannot exist without a properly designed communication network system. All the SCADA system aspects rely solely on the communication network. It provides a channel for the flow of data between the supervisory control, the data acquisition units, and any controller that is connected to the system. The main function of a communication network within a SCADA system is to connect the Conversion units with the SCADA master station. The data can be transmitted through various communication platforms such as ethernet, telephone line, power line carrier communication, optical fiber line, cellular, radio, satellite, Wi-Fi, microwave, or other wireless protocol. Most facilities have specialized integrated network connectivity field buses, wired or wireless, due to security reasons.

Master units are larger computer consoles that act as the central processing hub for the entire SCADA system. The Master unit offers a human-machine interface to the system and automatically regulate the managed system based on the response of inputs created by sensors.

The master unit is considered to be the supervisory computer system because they serve as the SCADA system centralized processing unit. Although the units themselves are typically larger computer consoles, there are several other SCADA components, such as software programs and HMIs, which could be named under this category as well.

Generally speaking, Human Machine Interface (HMI) is a user interface or dashboard that connects a person to a machine, system, or device. In a SCADA system, it allows the operator to view and interact with collected and processed data. This interface is usually used to perform tasks like collecting data, creating maps, diagrams, sending out notifications, and making reports.

After processing and analyzing the data gathered in the SCADA system, one needs a digitally and physically secure place to store this vast database. The human-computer interface (HCI) or HMI commonly requests data from a server responsible for data acquisition, a component of hardware that is used to connect software services to the conversion units out in the field. The server makes data acquisition from these local units possible. 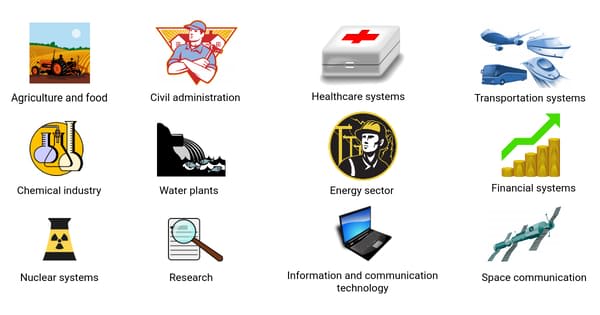 Commonly SCADA systems are used when a need arises to automate complex processes where human control is not feasible. In power system specifically, this can include

The power generation, transmission and distribution sectors, supervision, monitoring, and control are the main aspects in all these areas. Therefore, the SCADA implementation of power system improves the overall efficiency of the system for optimizing, supervising, and controlling the generation, transmission & distribution systems. SCADA function in the power system network offers greater system reliability and stability for integrated grid operation. 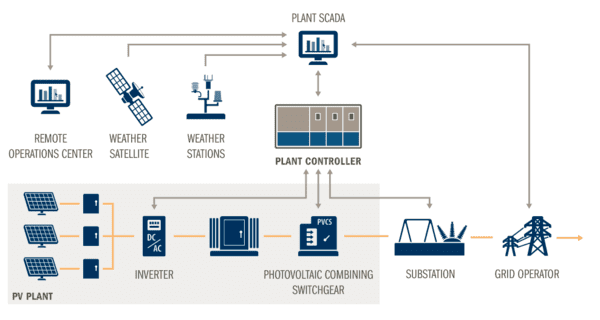 Bringing an optimal solution for each process to involve in power generation operation is flexible with advanced control structures. With the use of PLCs and powerful bus communication links along with SCADA software and hardware in generating stations, it supervises several operations including protection, monitoring, and controlling. To provide reliable energy, to minimize operational costs, and to preserve capital investment, the SCADA system is taken as seriously in generating stations.

The highlighted functions of SCADA in power plants include:

Balance of plant (BOP) are auxiliary systems and supporting components needed to run the main generating unit and deliver energy. SCADA system is also highly effective in the supervision of the Balance of Plant.

Transmission line corresponding circuit model parameters are often in error as compared to values measured by the SCADA system. Without a SCADA system, these errors cause the economic dispatch to be erroneous, and hence, lead to increased costs or incorrect billing. These errors could also affect state estimator analysis, contingency analysis, short circuit analysis, distance relaying, machine stability calculations, and transmission planning in case of expansion. Therefore, SCADA integration into the transmission system is significantly considered.

Some main functions of SCADA in electric transmission system are as follows:

We wrote another article on The Importance of Equipment Maintenance Plan for Electrical Power Systems. Have a look at it if you want to grab information about the equipment maintenance plan.

It is in charge of:

SCADA systems are an extremely advantageous way to run and monitor processes. They are great for small applications, such as climate control. They can also be effectively used in large applications such as monitoring and controlling a nuclear power plant or mass transit system.

SCADA systems minimize errors by accurately measuring data and increasing the overall efficiency of the system.

The specific development of SCADA is performed within a well-established framework that enhances reliability and robustness where power requirement is crucial.

The specific development of SCADA is performed within a well-established framework that enhances reliability and robustness where power requirement is crucial.

Less personnel and trips are required to monitor field gear in remote locations, this reduces maintenance and training costs.

A SCADA system can be easily integrated with the business systems, leading to increased production and profitability.

SCADA system can be implemented on a large scale in power systems so as to increase their performance, reliability, and durability. Data acquisition and monitoring can be very convenient and accurate if power systems are upgraded to SCADA. Now, electrical systems are extremely efficient and intelligent to monitor and control all of the involved operations and procedures and it has become possible only because of technological advancements. So we can conclude that it's essential for the power sector to optimize their systems as per the requirements of the technical changes. 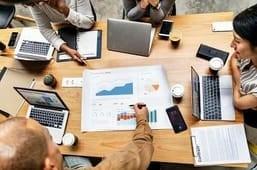