What is the Corona Effect in Transmission Lines? How Engineers Overcome it? 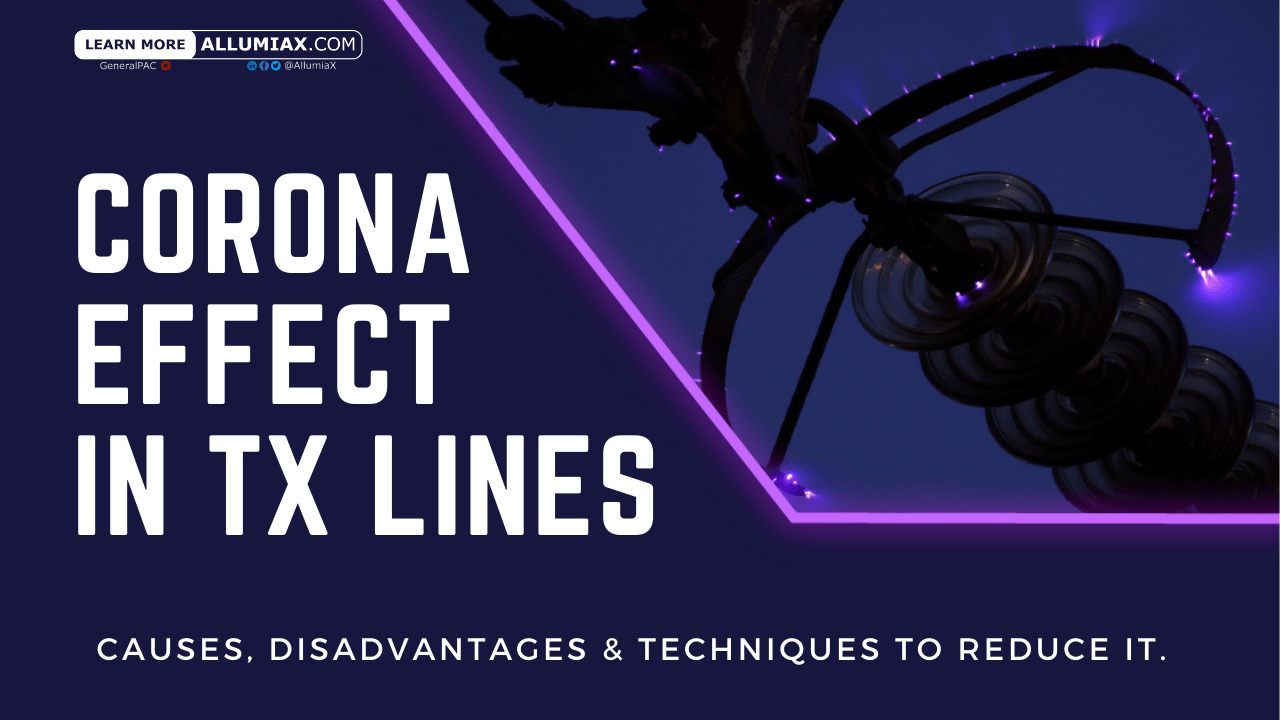 We just launched our Power Systems Engineering Vlog series and in this series, we are going to talk about all sorts of various power system engineering studies and commentary. We will overview the different blogs written by AllumiaX. It's fun, it's lively, it's a video blog essentially and we hope you'll join us and benefit from it.

What is Corona Discharge?

This phenomenon occurs when the electrostatic field across the transmission line conductors produces the condition of potential gradient. The air gets ionized when the potential gradient at the conductor surface reaches the value of 30kV/cm at normal pressure and temperature.

In transmission lines, conductors are surrounded by the air. Air acts as a dielectric medium. When the electric field intensity is less than 30kV/cm, the induced current between the conductor is not sufficient to ionize the air. However, when the voltage of air surrounding the conductor exceeds the value of 30kV/cm, the charging current starts to flow through the air, that is air has been ionized. The ionized air act as a virtual conductor, producing a hissing sound with a luminous violet glow.

The main advantages of corona effects are:

The corona effect has the following disadvantages:

We can protect our power system from electric transients by using various devices. Read our blog on Surge Protection Devices which help to mitigate the effect of such transients.

The phenomenon of electric discharge associated with energized electrical devices, including transmission lines results in a power loss, reducing the efficiency of the transmission lines. The following factors can change the magnitude of the Corona Effect:

How Corona Effect is Reduced:

It has been observed that the intense corona effects are observed at a working voltage of 33 kV or above. On the sub-stations or bus-bars rated for 33 kV and higher voltages, highly ionized air may cause flash-over in the insulators or between the phases, causing considerable damage to the equipment, if careful designing is not made to reduce the corona effect.The corona effect can be reduced by the following methods:

Corona rings are metallic rings of toroidal shaped, which are fixed at the end of bushings and insulator strings. This metallic ring distributes the charge across a wider area due to its smooth round shape which significantly reduces the potential gradient at the surface of the conductor below the critical disruptive value and thus preventing corona discharge.

To grab information about conductor sizing, read our previous blog on how to choose the most economic size and type of cable?

In the design of an overhead transmission line, the phenomenon of corona plays an important role. Therefore, the following terms are used in the analysis of corona effects:

Now, consider two conductors having radius of 'r' cm separated from each other by 'd' cm. Potential gradient 'g' at the conductor surface is given by:

Where, V is phase-neutral potential. The value of g must be made equal to the breakdown strength of air, for the formation of corona.The breakdown strength of air at 76 cm pressure and temperature of 25ºC is 30 kV/cm (max) or 212 kV/cm (r.m.s.) and is denoted by go.If Vc is the phase-neutral potential required to produce corona under these conditions, then,

The value of go is directly proportional to air density.Thus, the breakdown strength of air at a barometric pressure of b cm of mercury and temperature of t 0C becomes:

Under standard conditions, the value of δ = 1.

The corona effect also depends upon the surface condition of the conductor. Thus, the irregularity factor mo is accounted by multiplying the above expression.

Where, value of mo is given as:

Where m v is another irregularity factor. Its value is 1 when conductors' surface is polished, and 0.72 to 0.82 for rough conductors.

3. Power Loss Due to Corona: The formation of corona is always accompanied by the loss of energy which is dissipated in the form of light, heat, sound and chemical action. When disruptive voltage is exceeded, the power loss due to corona is given by:

In all, electrical corona discharge is an important factor in transmission and sub-transmission systems which should be taken into account to ensure both reduction in energy loss and increment in system safety. Corona effect causes corrosion at conductor's surface, and pose a threat to the signal integrity of data communication. Several techniques have been implemented to reduce the corona effect to some extent. Such as some present day methods include increasing the conductor's diameter, spacing between the transmission line conductors, using hollow conductors and corona rings.

Generally, it is recommended to use Aluminum corona rings at the conductor end of the string insulators for lines above 230 kV and on both ends of the insulator for 500 kV. Having a good understanding of the nature of conductor material is essential for engineers, so that they can develop proper techniques to mitigate adverse effects caused by electrical corona. In the end, it is emphasized to consider the configuration of the conducting line as well as the factors affecting corona discharge such as, resistance of the AC line and the current capacity.

Let us know if you have any queries regarding this topic and do provide us with your feedback in the comments. 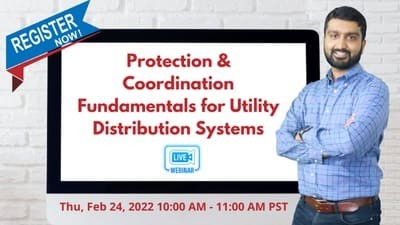 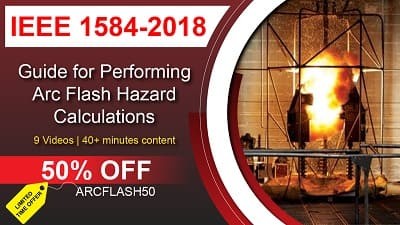