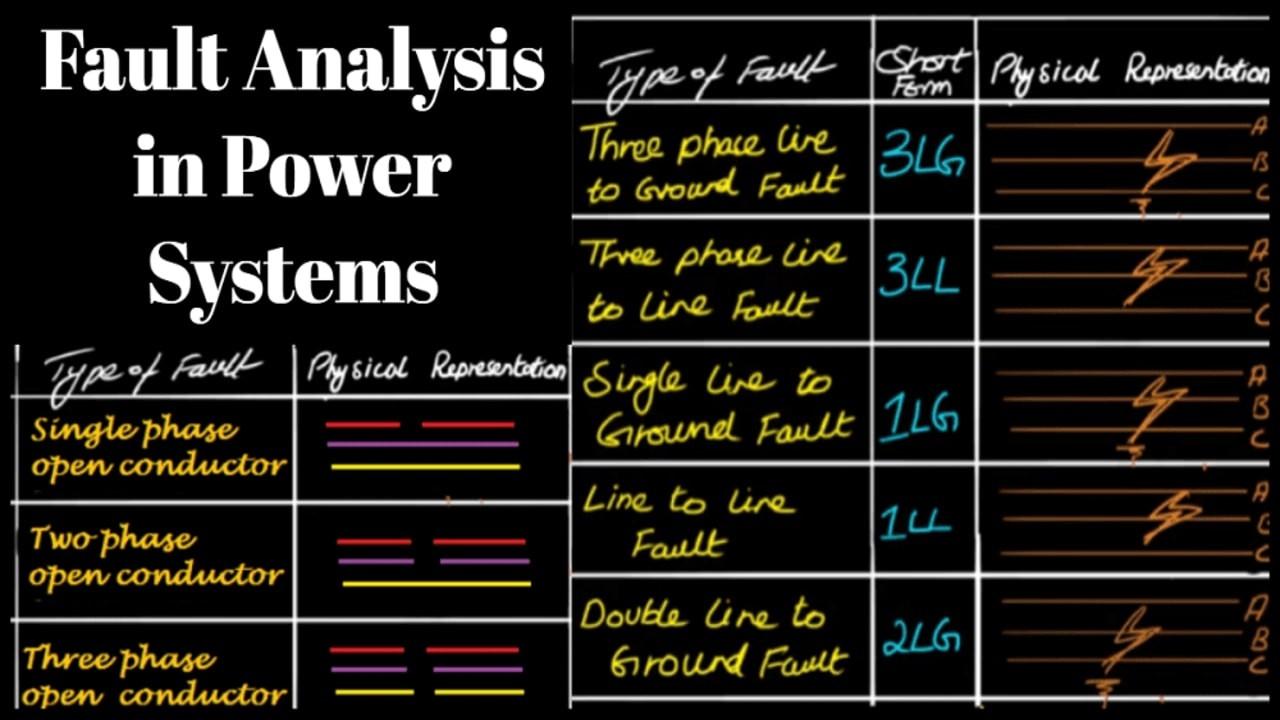 Usually, a power system operates under balanced conditions with all equipment's carrying normal load currents and also the bus voltages inside the prescribed limits. This condition can be disrupted because of fault within the system. If the electrical fault current exceeds the interrupting rating of the protective device, the consequences can be devastating. It can be a serious threat to human life and is capable of causing injury, extensive equipment damage.

Short circuit fault current is many times larger than the normal current. A short circuit is simply a low resistance connection between the two conductors supplying electrical power to any circuit. This results in excessive amount of current flow in the power systems through the path of low resistance and may even cause the power source to be destroyed and causes more heat and fires.

The fault analysis of a power system is needed in order to provide information for the choice of switch-gear, size of conductors, setting of relays, finding the rating requirements of other power equipment and confirming system stability. All the equipment must be chosen to work with the fault current that sometimes flows in great quantity. At AllumiaX, our goal is to interrupt the fault current as early as possible with minimum disruption to upstream devices by achieving good coordination between protective devices and precise trip settings.

Types of Faults in Power System​

The faults in the power system are mainly categorized into two types: 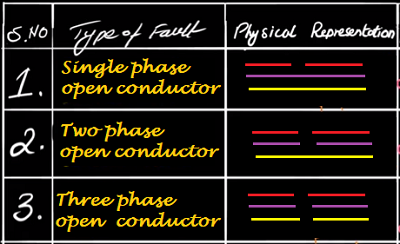 The short-circuit fault is commonly divided into symmetrical and asymmetrical types. These faults are further categorized as one of five types. In order of frequency of occurrence, they are:

Single Line to Ground Fault: This type of fault occurs when you have one of the phases (A, B or C) is shorted with the ground.

Line to Line Fault: This type of fault occurs when you have one of the phases (A, B or C) is shorted with the ground.

Double Line to Ground Fault: This type of fault occurs when two phases are shorted with the ground together (A-B-G, B-C-G or C-A-G)

Three Phase Line to Ground Fault: The 3-phase to ground faults are faults in where all the phases (A, B and C) are shorted together and they are grounded.

Three Phase Line to Line Fault: The three phase faults occur when you have A, B and C phases are shorted together but ground is not involved. 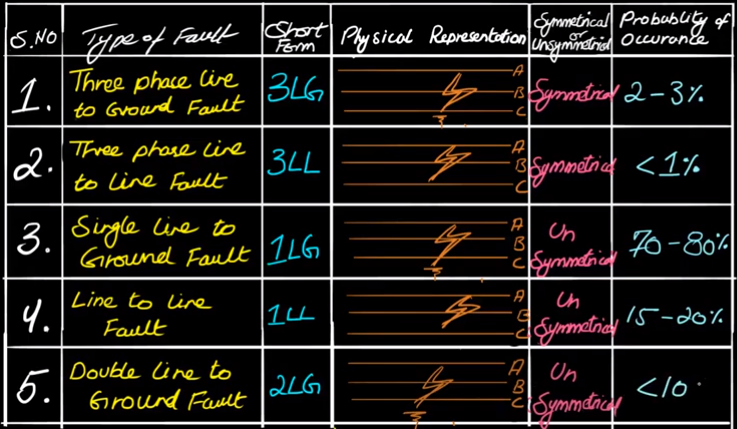 Hello there! On a related topic, we previously wrote a blog about Symmetrical Components. If this peaks your interest, check it out and let us know what you think

Steps to perform a Fault Analysis in a Power System:

Here, we will outline 7 steps required in order to perform a fault analysis in a power system for a given fault.

1. Converting the System to Base Values​: Convert the system to the per-unit system, based on the same base value.

2. Type of Fault: Identify the type of fault that is being analyzed. 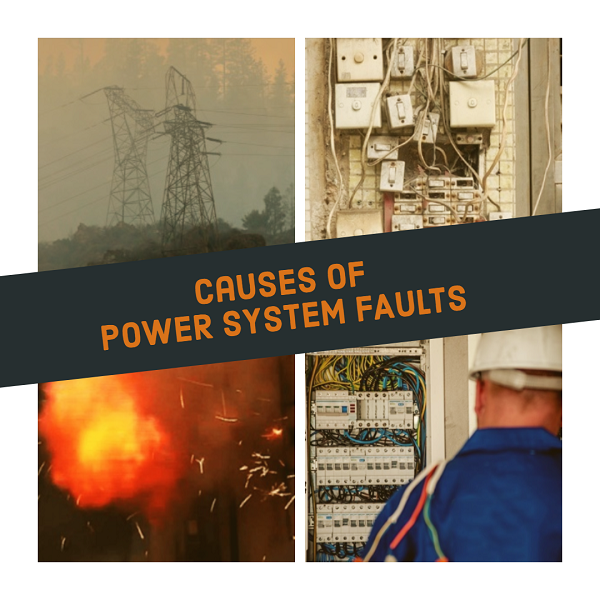 Electrical equipment's like machines, motors, generators, transformers, cables, reactors, switch devices, etc. causes electrical faults. These faults may be caused due to malfunctioning, ageing and degradation, insulation failure of cables and winding, breakdown due to high switching. These failures lead to high current to flow through the devices or equipment which further damages it.

Electrical faults are also caused due to human errors like choosing improper rating of equipment or devices, forgetting metallic or electrical conducting components once coupling or maintenance, switching the circuit while its below servicing, etc. A classic example is one wherever maintenance staffs unwittingly leave isolated instrument connected through safety earth clamps once maintenance work is completed. A three-phase to earth short-circuit fault occurs when the equipment is re energized to return it to service.

The smoke of fires under overhead lines consists of tiny particles results in spark between the lines or between conductors to insulator. This arc causes insulators to lose their insulting capability because of high voltages. The hot air in the flames of a fire has a much lower insulation strength than air at close temperature.

One of AllumiaX's recent initiatives is a corporate sponsorship for the GeneralPAC platform which provides tutorials for power systems protection, automation and controls. Here, you will find the video series of fault analysis in power system. In this series they will be going over the analysis of various types of faults that occur in power systems and at the same time intuitively understanding the hand calculations involved.