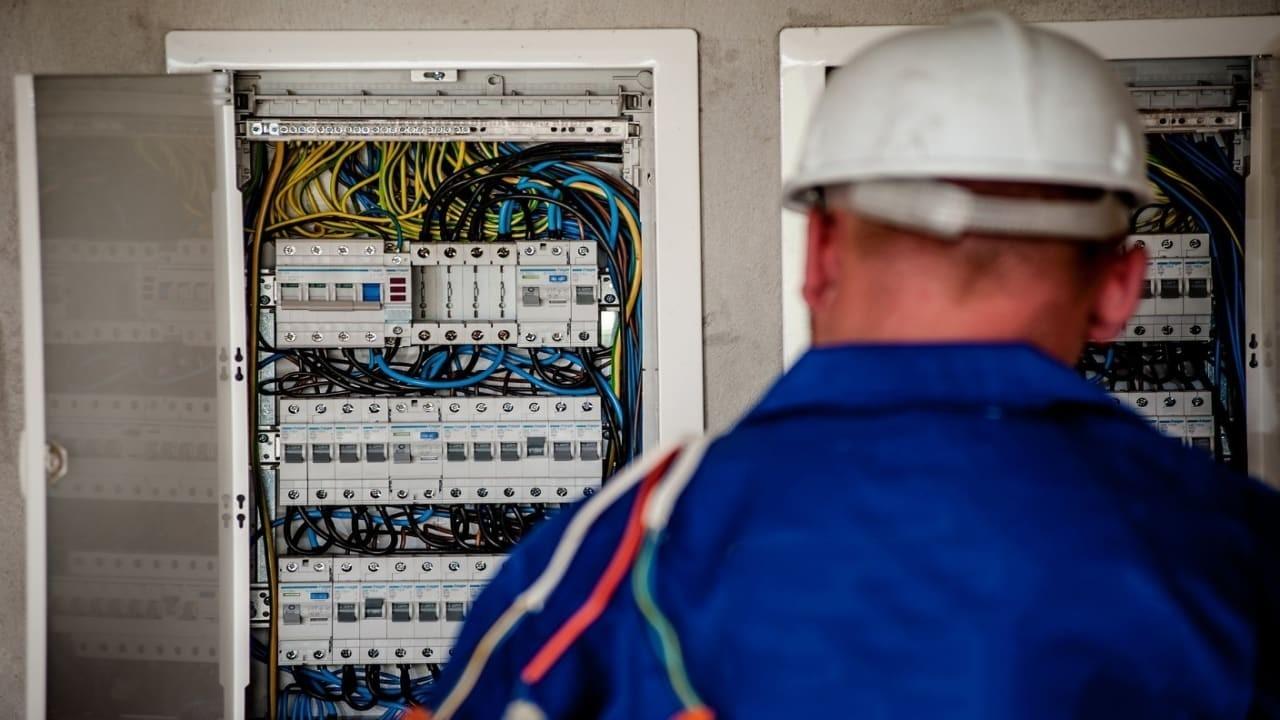 You will find that nearly everything we use today is powered by electricity.

As electricity has become ubiquitous in every factory and office, awareness of the necessary safety standards becomes indispensable for every worker and employee.

The Electrical Safety Foundation International (ESFI) is a non-profit organization that strives for increased electrical safety at home and in the workplace. Every year, statistics on electrical accidents provided by ESFI help to reinforce the importance of electrical safety. 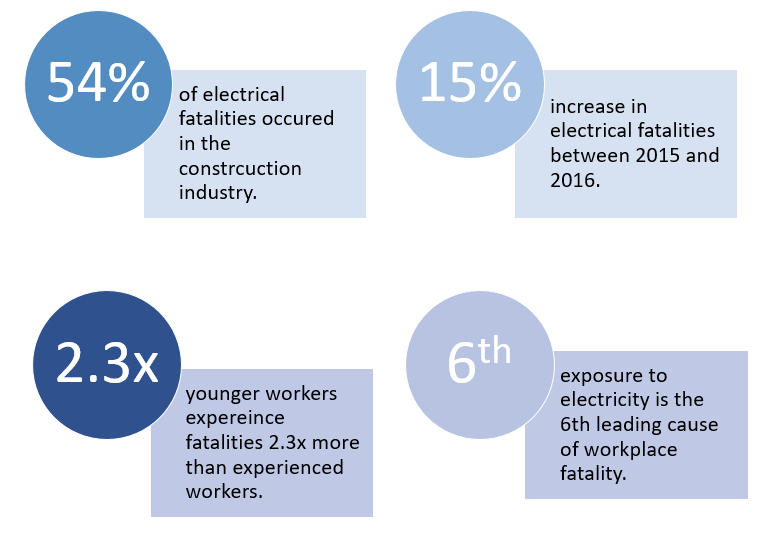 Looking at these facts, it becomes clear that every worker involved in an occupation with potential electrical hazards should care deeply about pursuing electrical safety in the workplace. An Electrical Safety Program can be a crucial step to ensuring overall company safety, providing workers with the necessary skill set for recognizing, avoiding, and controlling the hazards posed by electrical work.

A safe work environment is possible if workers are aware of the various electrical hazards that can occur. So let's take a few moments to better understand these risks.

Hello there! On a related topic, we previously wrote a blog about Importance of Power Systems Studies and How it will save 1000s of dollars? If this peaks your interest, check it out and let us know what you think

NFPA 70E, Standard for Electrical Safety in the Workplace, defines an electrical hazard as:

"A dangerous condition such that contact or equipment failure can result in electric shock, arc flash burn, thermal burn, or blast."

The major risk categories associated with electrical use are: 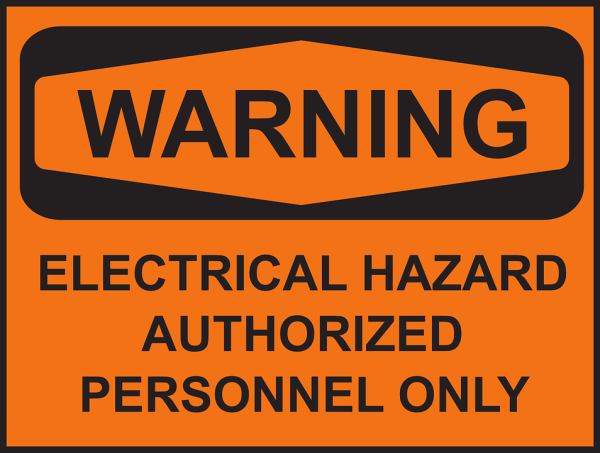 Electrical Shock: Accidental contact with exposed electrical parts operating at voltages greater than 50 volts and having a current greater than 5 mA can paralyze muscles, burn tissues and organs, and even trigger a fatal ventricular fibrillation of the heart.

The severity of an electrical shock can vary dramatically depending upon the magnitude of the current flowing through the body, the path of current, and the time duration. Severe injuries, such as internal burns, can occur even if the electricity does not pass through the vital organs or nerves.

Arc Flash: You do not need to be in direct contact with an energized conductor to be harmed by electricity! People who do not understand this are unaware of the hazard of an electrical arc-flash, a dangerous condition associated with the release of energy caused by an electric arc.

An arc flash can occur if a conductive object gets close enough to a high-amp current source, so that an electric current jumps across the air gap between the two conductors.

The majority of hospital admissions due to electrical accidents are from arc-flash burns, not electrical shocks. Arc-blasts occur also when high currents arc through the air because of equipment failure.

Arc Blast: An arc-blast is a high-pressure sound wave caused by a sudden arc fault. The extreme temperatures of the arc cause a dangerously explosive expansion of both metal and the surrounding air in the arc path. Copper, for example, expands by a factor of 67,000 times when vaporized!

The explosion can give way to a high pressure blast wave and high decibel levels of sound. Metal parts and molten metal are expelled from the arc at speeds exceeding 700 miles per hour. Arc blasts can cause severe injuries and even death. 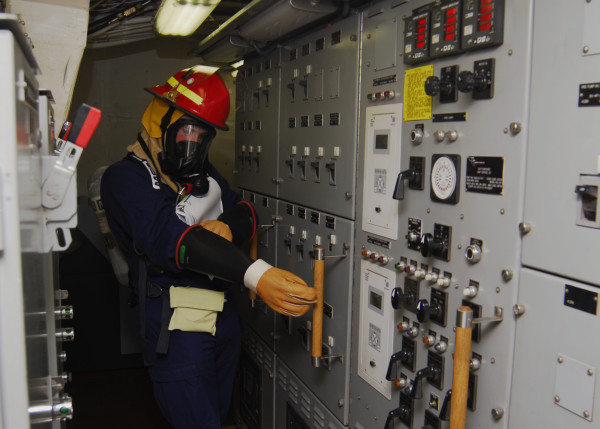 Burn: Another common hazard is a burn. Burns acquired in electrical accidents are of two basic types: electrical burns and thermal contact burns.

Electrical burns cause damage to skin tissue as well as internal tissues as the body is unable to dissipate the heat generated by current flowing through the body tissues. They are the most common result of a non-fatal electric shock.

Thermal contact burns are those normally experienced from skin contact with the hot surfaces of overheated electric conductors.

Without the proper care, any of these hazards can intrude dangerously into the workplace. If each worker had a clear understanding of the potential danger lurking behind every switch and panel, they would make it a priority to understand and apply the available electrical safety procedures.

So why should your company invest in an Electrical Safety Program?

We want to avoid electrical hazards because of the threat they pose our health and life. In 2016 alone, 154 electrical fatalities have already taken place. While this number is relatively small from a statistical perspective, it is staggering and unacceptable from a human perspective.

We do not want our employees to become another statistic or the product of another electrical incident. If we commit to creating, implementing, and enforcing an electrical safety program at work, we can reduce that number to zero.

Protection of life is the primary concern of any electrical safety program. The second is protection of equipment.

Loss of production and damage to property are very costly for businesses. Any type of workplace accident requires time and resources in order to be dealt with properly. Statistics gathered by the NFPA reveal that the average electrical accident costs $80,023. This includes both workers' compensation (medical bills and wages while unable to work) and equipment costs.

Investing in an Electrical Safety Program can play a key role in helping a company achieve success in the long run. Instituting a procedure that can immediately and efficiently deal with workplace accidents ensures that no bottlenecks are created that would otherwise impede smooth workflow. This will boost productivity and also result in fewer accidents, and which mean more money is saved!

Some of the prominent organizations dedicated to promoting electrical safety are given below: 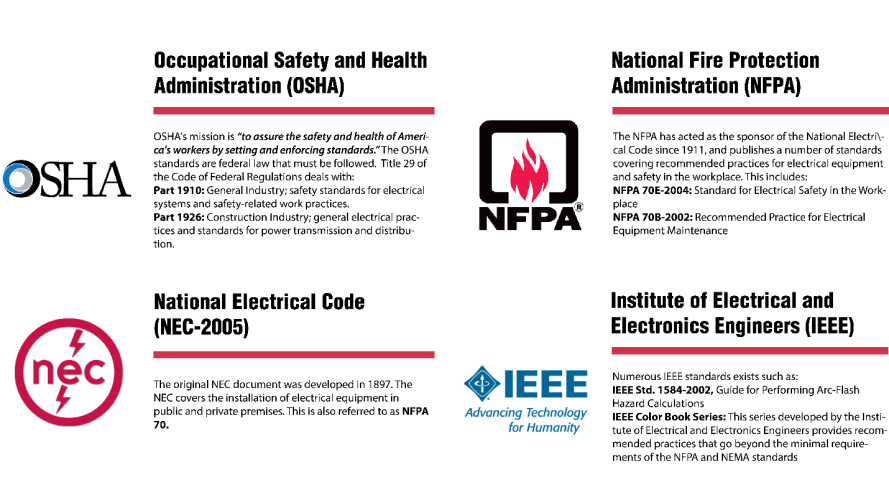 It is clear that there is an increased concern among employees regarding the adoption of safe electrical practices in the workplace. Engineers engaged in the design and operation of electrical system protection should familiarize themselves with the accepted standards in order to stay safe. By adhering to the regulations and training workers in safe electrical practices, an Electrical Safety Program can be instrumental in helping companies achieve far-reaching benefits.

These reasons complement each other as shown in the safety cycle below. With an Electrical Safety Program in place, which sincerely complies with recommended practices, there will be less cases of electrical accidents and companies will incur fewer costs. This will ultimately help in setting up a healthy environment and positive image as workers will view the company as a safe and reliable place to work. 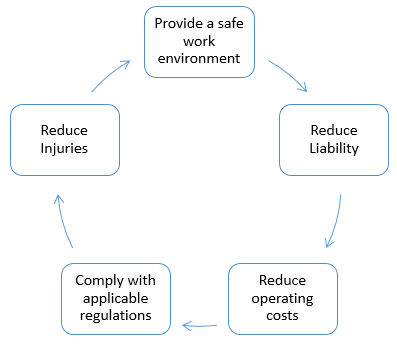